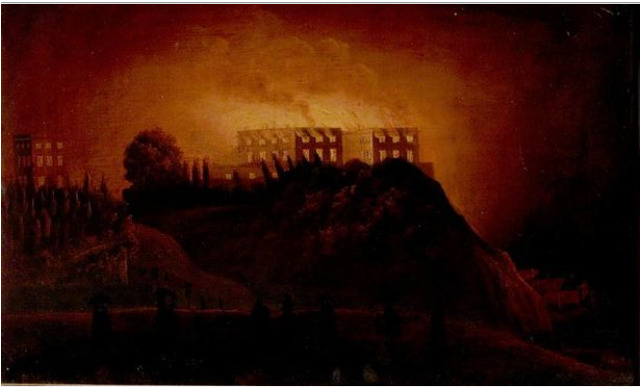 After being elected with a majority in the House of Commons, Charles Grey, the second Lord Grey, introduced a bill for Parliamentary Reform. The Bill went through the required readings in the Commons and was passed to the House of Lords, where it was defeated on 8 October 1831. The result produced rioting in several towns - especially Bristol (see Bristol Riots 1831), but also Nottingham, where the Duke of Newcastle's Nottingham Castle was burned, Derby, where the jail was attacked, Birmingham, where disturbances necessitated the calling out of the resident Scots Greys cavalry regiment. There were lesser riots in London, Exeter, Yeovil, Leicester, Bath and Worcester. The riots indicate a dramatic level of discontent - so much so, that it has been claimed that it was the closest Britain had yet come to revolution. The riots were mainly targeted to the people and property of those seen as most resistant to the proposals for reform.