In this period we see the emergence of the first major women's organisations for political and social change, and to represent the interests of women as workers.  Their emergence promoted a good deal of hostility from both conservative presses, but also from others who were often sympathetic to male liberal and radical causes.

Nonetheless, many women came to play a range of active political roles. They rank prominently among the victims of the Peterloo, they play major roles in some of the more radical journals of the unstamped press, and are increasingly vocal in the developing industries of the North; they 'woman' the barricades, tend to the injured, play important roles in the St Simonian movement, and are an important force among workers in Paris, Lyon and other major French cities; In Spain, their experience in the Peninsular War resurfaces in moments of political crisis, even while a liberal ethos of domesticity is widely promulgated; and in Italy and Greece, instances of armed conflict makes such domestic sequestration impractical.  In every case the issue of what can be done, and how it is represented and commented on, are often very different. But, in a period where only a very small number of women had any formal rights to participation (and where those that did had them because of anamalies and hapenstance) it is possible to sense the emergence of a range of voices and demands from and for the advancement of the interests of women, and to find echoes of this throughout Europe. Nonetheless, a great deal of the representation of their roles is the work of men - and they are rarely impartial commentators. 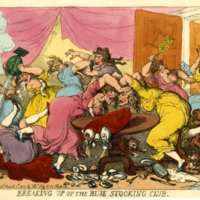 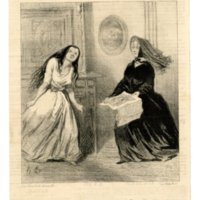 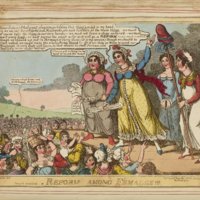 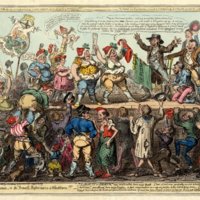 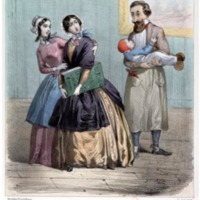 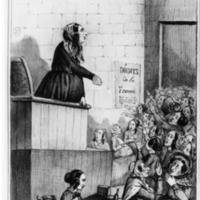 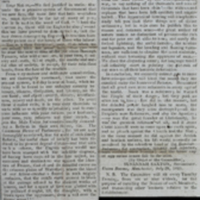