Moral Force Chartism
Chartism: A New organisation of the people 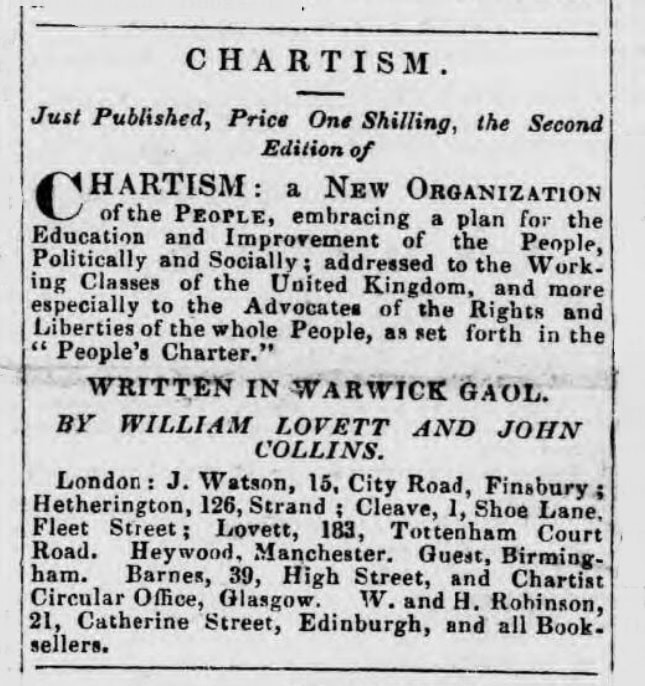 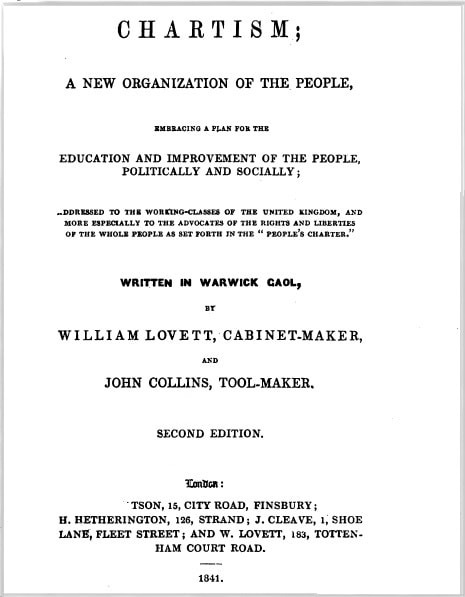 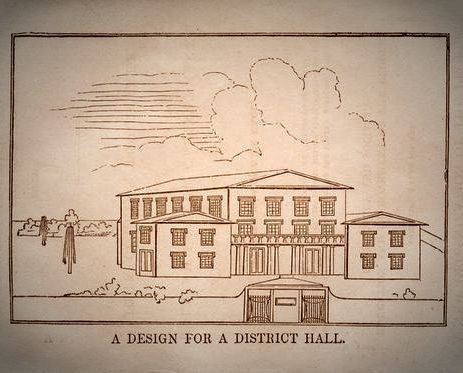 Following the failure of Chartist activism in 1839, most notably the Newport Rising, many Chartists were increasingly convinced that the most effective way of realising the Charter would be through ‘moral force’ – trying to attain political change through peaceful persuasion rather than violent insurrection. This gave rise to several sub-movements within Chartism, an example being the ‘New Move’, which emphasised the importance of the moral reform and improvement of the working classes as an essential precondition to realising the Charter.

An important aspect of this new move was ‘Knowledge Chartism’ – the belief that the working classes ought to be sufficiently educated prior to receiving suffrage. This was advocated most notably by William Lovett and John Collins, who laid out their ideas and beliefs in a work they jointly wrote in Warwick Gaol (having both been imprisoned for Libel and Sedition following the Bull Ring riots in Birmingham in 1839), published in September 1840, entitled ‘CHARTISM; A NEW ORGANIZATION OF THE PEOPLE EMBRACING A PLAN FOR THE EDUCATION AND IMPROVEMENT OF THE PEOPLE POLITICALLY & SOCIALLY.’ In the preface to their work, they laid out their join conviction that the most effective way to achieve the points of the Charter would be ‘a peaceful combination of the millions, founding their hopes on the might and influence of intellectual and moral progress.’

They laid out plans for ‘The National Association for Promoting the Political and Social Improvement of the People.’ The aims of the organisation would be to unite all people who wanted to improve the condition of the people, encourage public support of the Charter, create schools to educate working class children, and to disseminate informative texts on philosophy, history, and sociology. Above can be seen a design for a district hall where such activities would take place, in which no alcohol would be permitted. They planned to fund this scheme by thousands of small donations from those who enlisted to join. However, when this method initially proved unsuccessful, Lovett increasingly sought support from sympathetic elements of the middle class – despite the fact that he was ideologically opposed to such help.

Despite the high hopes of its founders and the membership of several high-profile Chartists such as Henry Vincent, James Watson, Richard Moore, and Richard Spurr, the organisation ultimately proved unsuccessful and failed to have a significant impact. Lovett and Collins barely received enough funds to open the National Hall in High Holborn in July 1842 and attracted very few working-class adherents. The localities were largely opposed to the ‘New Move’ and sympathetic to O’Connor’s subsequent condemnation of it as needlessly dividing the movement. Indeed, John Watkins, a middle-class Chartist, was so incensed by the scheme that he preached a sermon in 1841 calling for Lovett and other ‘New Movers’ to be assassinated. W.J. Linton, himself a member of the organisation, said of it that ‘after receiving a few hundred members, it dwindled into a debating club, and their hall became a dancing academy, let out occasionally for unobjectionable public meetings.’