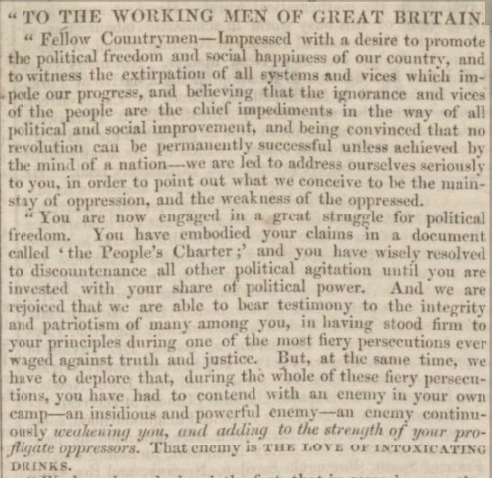 From the Reading Mercury 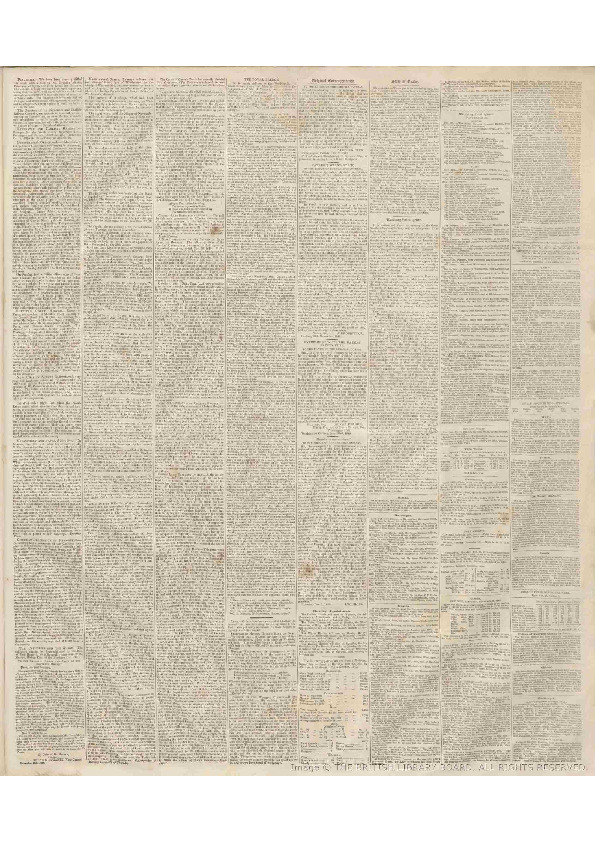 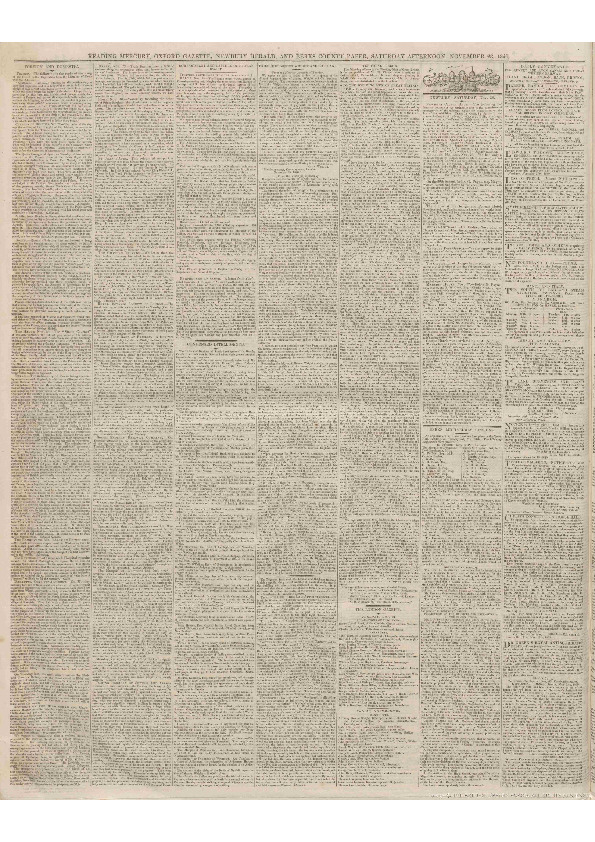 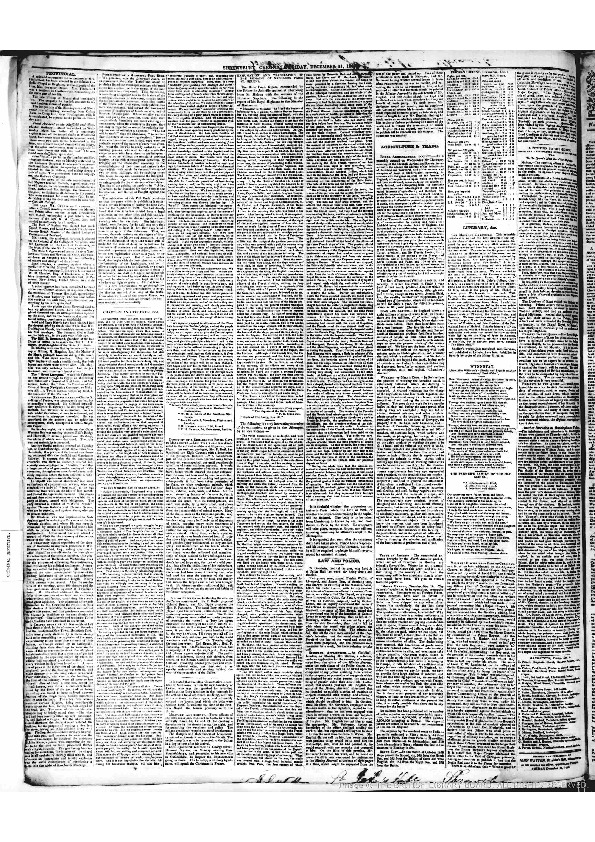 The Teetotal Pledge, written by Henry Vincent, was one of the most important texts within the teetotal Chartist movement. Vincent had been imprisoned for a year in Monmouth Gaol in August 1839 for attending a riotous assemblage in Newport, Wales – an event which played an important role in provoking the Newport rising in November 1839. His time in gaol seems to have further convinced him of the importance of temperance as a way to achieve the points of the charter, such that by 28 February 1840 he foresaw ‘a moral combination of the people that that will achieve our every desire.' Vincent was a committed teetotaller, having been abstinent from 1836. He believed that a drunkard could never be an effective radical campaigner and commented to a friend in late 1840 that ‘I am a real down, upright, slanting, and octagonal Tea-totaller.’ Henry Vincent wished to promote these beliefs within the wider Chartist movement. This led to him composing the teetotal pledge, which was first published on 28 November 1840.

He begins the pledge by stating that he wishes to improve the condition of the working classes of Britain, and that he believes the most effective means of doing this is through the realisation of the six points of the People’s Charter. However, he goes onto say that this progress is being frustrated by ‘an invidious and powerful enemy – an enemy continuously weakening you, and adding to the strength of your profligate oppressors. That enemy is the love of intoxicating drinks.’ While the address does acknowledge that there are many social and structural issues which have caused the poverty of the working-classes which the Charter would address and remedy, it nevertheless asserts that ‘no state of freedom can improve the man who is the slave to his own vices.’ No matter how much political change occurs, should the working classes persist in degrading habits, no amount of legislation could improve their condition. The pledge then proceeds to outline some examples of individuals, families, and communities who have been impoverished due to alcohol. For example, Vincent describes the families of ‘skilled workmen, in London and other large towns, ragged, hungry, diseased, ignorant, and vicious’ due to excessive alcohol consumption; as well as other families reduced to ‘wants and rags by the insane habits of moderate drinking and smoking.’ Vincent ends the address with the rousing cry that ‘NO GOVERNMENT CAN LONG WITHSTAND THE JUST CLAIMS OF A PEOPLE WHO HAVE HAD THE COURAGE TO CONQUER THEIR OWN VICES.’

The pledge received much support from the time its publication in late 1840. It was reprinted in many regional newspapers throughout the country, evident in the different publications above; and was warmly received by many of the moral force chartists who thought that it supported their belief in political change through peaceful persuasion rather than violent insurrection. Furthermore, other articles were published praising and defending the principle expressed within the pledge, for example in the Scottish 'Chartist Circular' in January 1841. There were a number of reasons as to why Teetotalism was so popular during this period. The chartists had been preoccupied with the poverty of the working classes during this time due to poor economic circumstances, and many, especially Vincent, condemned alcohol for exacerbating the pre-exisiting poverty. Furthermore, many believed that teetotalism would encourage more support from elements of society who may previously have been wary of or indifferent to Chartism – such as the middle-classes and women.