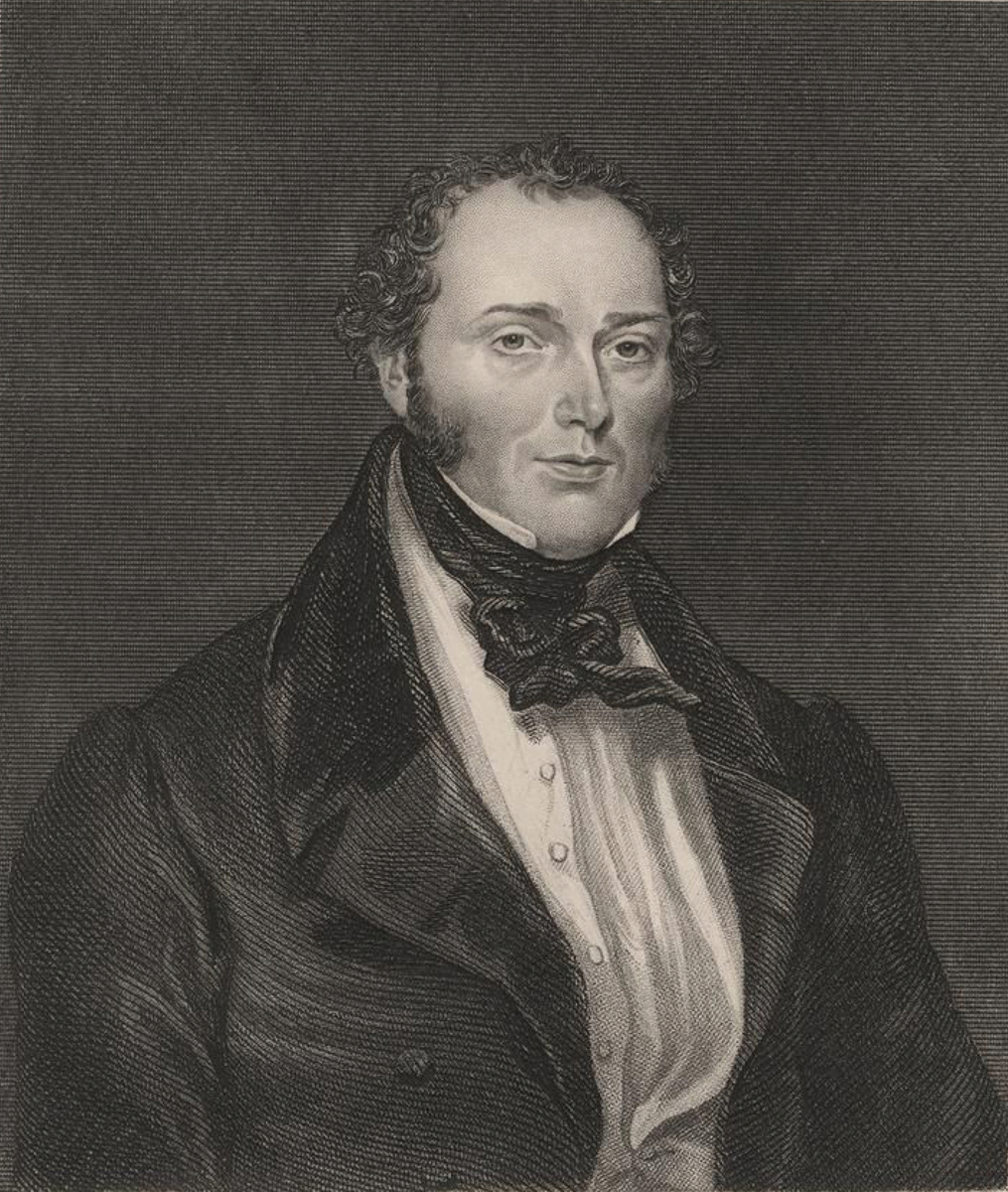 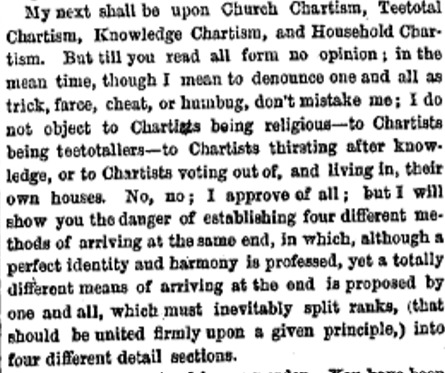 Feargus O’Connor (1796-1855) was perhaps the most important and influential leader in the Chartist movement. He came from a prominent, radical, Irish Protestant family. His father, Roger O’Connor, was an Irish Nationalist who had been involved in the United Irishmen, while his brother, Francis, would become a general in Simon Bolivar’s army during the liberation of Latin America.

He became involved in radical politics during the 1820s, eventually being elected to parliament in 1832 as a ‘repeal’ candidate – a supporter of Daniel O’Connell and the repeal of the Act of Union 1801 that united the Kingdoms of Ireland and Britain. He campaigned for factory reform, a repeal of the 1834 poor law amendment act, and other radical policies throughout the 1830s. However, he is best remembered for his role within Chartism.

O’Connor was at the forefront of Chartism throughout its lifespan. Charismatic, confrontational, and controversial, he had the ability to command respect and support from many who listened to him – especially amongst the working classes. R.G. Gammage, an early historian of the Chartist movement writing in 1854, described him as ‘Upwards of six feet in height, stout and athletic, and…invested with a sort of aristocratic bearing, the sight of his person was calculated to inspire the masses with a solemn awe.’ It was even rumoured amongst his admirers that he was a descendent of the high kings of Ireland. He was an excellent public speaker and became a focal point of Chartism, establishing The Northern Star in 1837 which became the de facto voice of the movement. He was imprisoned in York Castle on 11 May 1840 after being found guilty of seditious libels published in The Northern Star in July 1839. Throughout his time in prison he nevertheless continued to influence the movement by smuggling letters to The Northern Star to be published. He was released from prison in 1841.

Feargus O’Connor was profoundly opposed to the ‘New Move’ of Lovett and Vincent in 1840. O’Connor denounced the alliance of church, teetotal, knowledge, and household suffrage Chartism as ‘trick, farce, cheat, or humbug.’ This can be seen in the extract above from an article he wrote for The Northern Star published on 13 March 1841. Former Labour party leader Hugh Gaitskell attributed this opposition to the supposed fact that O’Connor ‘cared neither for education nor morals’ and it was therefore unsurprising that ‘having neither in great measure himself, he was not likely to wish to see them in others.’ However, such opposition was more likely tactical than based upon a dislike of such ideas per se. He feared that failure to sign up for the scheme may suggest that an individual was not worthy of receiving the vote, and that it unnecessarily divided the movement in factions. He was committed to maintaining unity of purpose within Chartism, and worried that such moves would distract from the primary aim of the movement – to realise the 6 points of the People’s Charter. He outlined his views in a famous attack on Lovett’s ‘National Association for the Moral, Social and Political Improvement of the People’ in The Northern Star on 3 April 1841 in his article ‘Knowledge Chartism, Christian Chartism, and Temperance Chartism’.