Moral Force Chartism
Chartist Circular: 'The Year of Our Redemption' 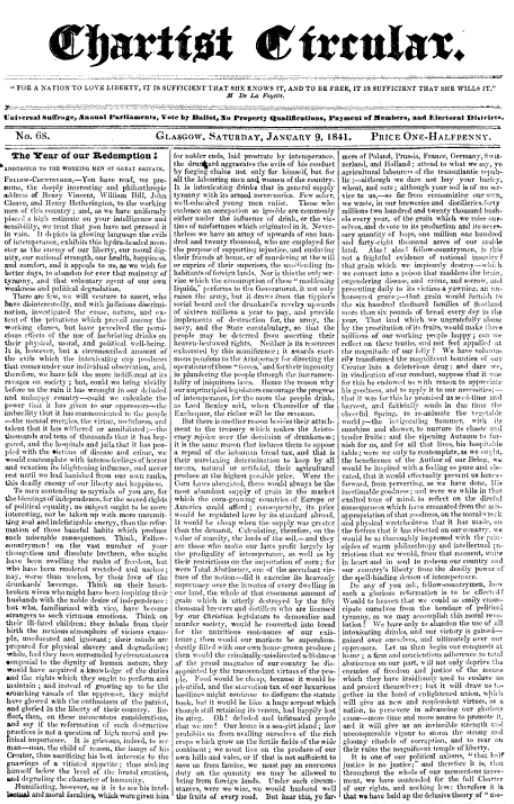 On 28th November 1840 the Teetotal pledge was published in the Northern Star. It was written by Henry Vincent and was important in initiating the 'New Move' within the Chartist movement whereby many began to emphasise the importance of individual self-help and moral improvement as an essential precondition to realising the Charter.

This resulted in the formation of several organisations to promote such ideas, especially in Scotland and the North of England. This can be seen in the article above from the Scottish paper ‘The Chartist Circular.’ The article praises the Teetotal Pledge as an ‘interesting and philanthropic address’ and, in solidarity with the pledge, also condemns the ‘pernicious use of inebriating drinks’ on the ‘physical, moral, and political wellbeing’ of the working classes. The article then proceeds to implore its readers to ‘dedicate this year [1841] to total abstinence,’ in order to further promote the chartist cause. 101 Scottish Chartists signed the pledge which can be seen at the bottom of the article.